It would be a lie to say that winning doesn’t matter. It feels great when your favorite team wins a championship or beats a long standing rival, but there’s something else. You like to watch them win as a team, not just as individuals. It’s like what Henry Ford said, “Coming together is a beginning. Keeping together is progress. Working together is success."

The teams that come together for a common goal, stay together when they’re tested, and work together so each teammate feels success, are the teams you root for regardless of their record. This is our aim, and it just so happens that the teams who have spent time with us in programs that focus on communication and how to overcome obstacles together have also gone on to win championships that same season.

Building More Than Just A Team​ 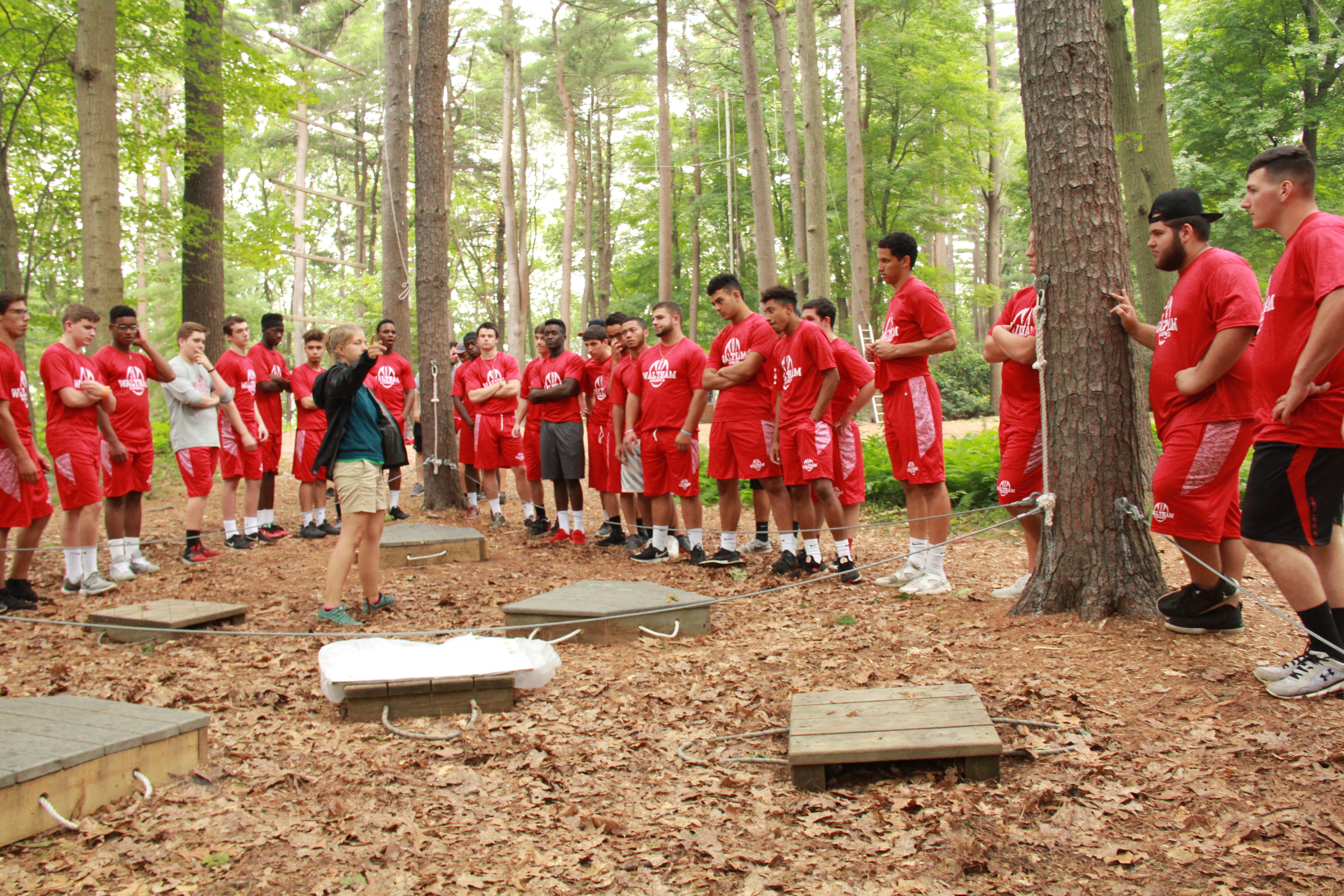 While on the course, athletes work to support each other physically and emotionally while acknowledging the level of challenge their teammates chose. After their first visit last year, the women on the Endicott College volleyball team realized that much of the support and strategies they provided each other on the challenge course was not unlike the support they provided for their teammates on and off the court. It was a lesson on being a stronger and more compassionate human who was able to navigate difficult circumstances. This year, they wanted to strengthen their communication skills, so they all practiced using tools that would help them when confronting uncomfortable situations while being professional and productive.

The football players on the Waltham High School team also returned this year to develop a stronger team. Their coach, John Bourque, brought his athletes to our course in hopes to further unify and strengthen his team while building a foundation for a successful season. Coach Bourque brought teams to Project Adventure twice before and won championships after each of those visits. He attributes the previous teams' successes to having student athletes who were given strategies to use when working in stressful situations to maintain a clear head, knowing that every athlete on the field was united with a shared vision for what success looked like. His hope for this year is that the team will take their Project Adventure experience back with them and have another winning season.

Athletes already have a high level of skill, determination, and focus, but sometimes the need and want to win is blinding, and instead of working together, a team goes into survival mode and becomes a group of individuals. Our goal in athletics, the classroom, or even the office, isn’t just to build a team but to grow the skills within individuals, so each member feels a sense of belonging and is committed to the vision and its attainment.