Stop Thinking So Much 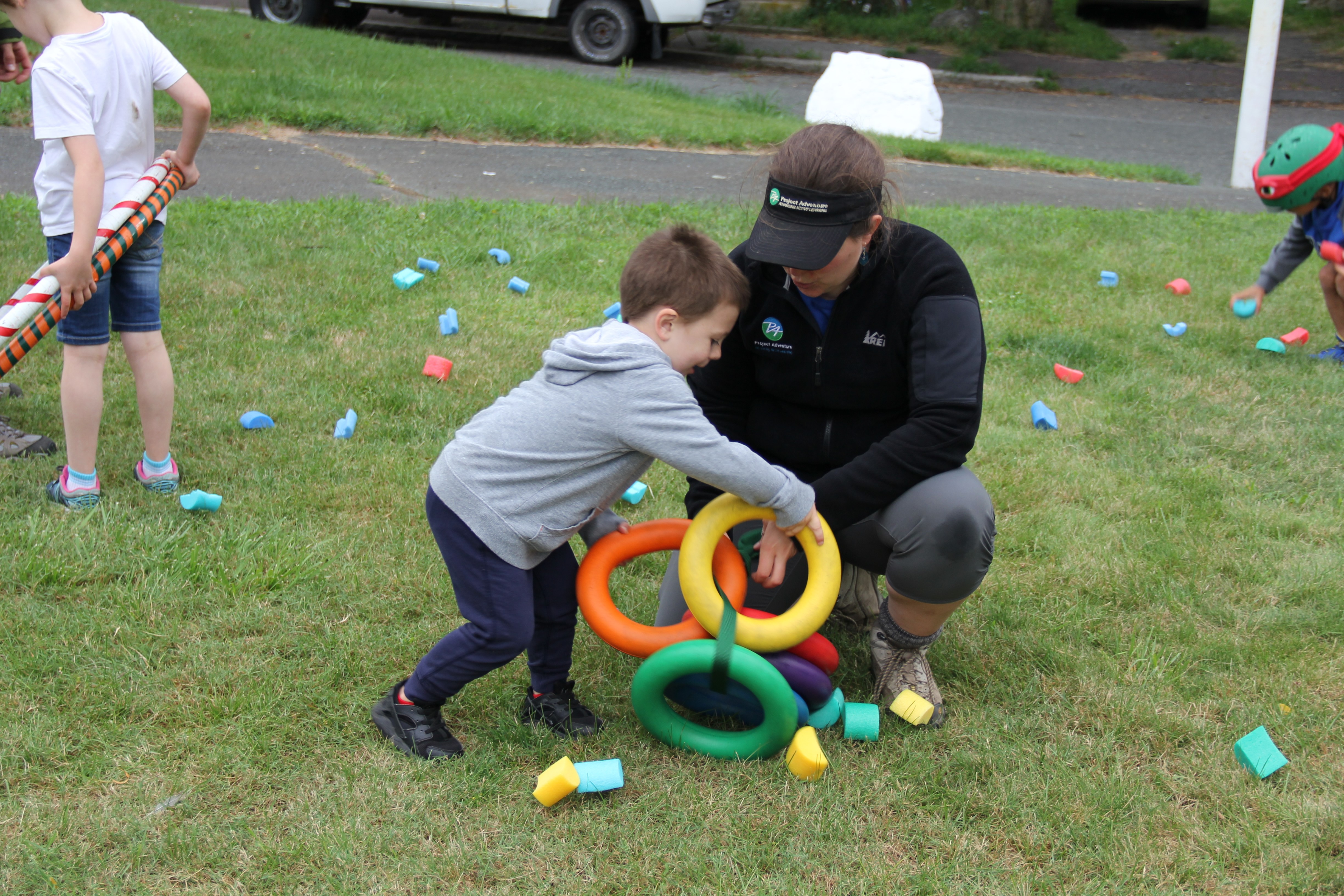 Watch kids play sometime. There’s a whole lot of thought going on in their heads, but they just play. They figure out the rules (even if they’re entirely made up and changed every 30 seconds), they resolve their problems (after some arguing, tears, or both at the same time), they just let go, move on, and have fun.

It’s not the same, huh? How many of them struggle with the rules? How many questions are asked? How many of them back away because they feel left out? How many of them hold resentment toward another group member after the game and into a new situation? Yeah, adults forget how to relax and play, so it was refreshing when I watched a couple of adults follow the kids’ lead, play by their rules, and just have fun.

Last night, a couple of our Youth and College Program staff members and a current Leader in Training spent an hour and a half playing with the kids from the Gloucester Crossing neighborhood. I admired their energy after a long day, and I know the kids were grateful for their time. However, there was one thing that stood out above everything else: their adaptability. Not once did they force rules on the kids or raise their voices. There were no threats of taking games away or the use of the word “no.”  If a new rule or variation of a game was introduced, they played along without skipping a beat. Some of the new games didn’t work out, but how were they going to know until it was tested?

As adults, I think we’re too concerned about the what ifs that we forget what it’s like to just be present. I’m thankful that I work in an organization that encourages alternative solutions and different points of view. I’m also glad that our staff seeks to infuse this positive mentality with the curriculum they write and trainings they facilitate.

Learning through play isn’t a new concept, but it’s one that should be revisited often. It’s what we do every day, and it’s how we hope to influence the communities and schools we work with. I mean, what’s the worst thing that could happen, you have fun and learn a new way of doing something?